To share your memory on the wall of Walter Wietgrefe, sign in using one of the following options:

Walt graduated from Christopher Columbus High School in the Bronx, NY. In 1950 he entered Cornell University College of Agriculture and Life Sciences BS ’54, MS ’63. He was a management trainee for Eastern States Farmer’s Exchange, a NYS County Agricultural Agent in Cattaraugus County and Dutchess County, and he retired as Professor and Department Chair in Agricultural Industries at SUNY Alfred. Service-oriented all his life, he belonged to the Alfred Lions Club, he was an Alfred Ambulance EMT Captain and Instructor for 10 years, and Alfred Town Councilman for two terms. He belonged to the National Association of College Teachers of Agriculture.

Walt was awarded Life Membership of the Alfred-Alfred Station Fire Department for his successful capital campaign for renovating and building an addition for that facility. He also was a Life member of the Cornell University College of Agriculture and Life Sciences. A Naval Reserve member for 8 years, during which time he changed Naval Districts and was excused from a cruise because he had nothing to wear. He loved sailing for many years after that with his first mate, Joanne.

A man of many avocations he was a carpenter and cabinetmaker producing furniture for his family. “Sawdust means progress” was his motto; one especially relevant since in a teaching career it’s sometimes difficult to see and measure progress. Home winemaking was another hobby and his many Gold, Silver, and Bronze medals from NYS Home Winemaking Competitions demonstrate his excellence.

Walt loved music. He met Joanne in the Cornell A Cappella Chorus and they sang together in many church choirs for more than 30 years throughout their life’s journey. Leadership was another of Walt’s strengths in committees, in teaching, in guidance and even being ‘Ranger Walt’ on family hikes and ski trails. Cornell Hockey had a passionate fan in Walt who attended games until he was no longer able.

Walt’s quiet pride and joy was in his family members including the extended ones. Observing their growth and diverse personalities emerge was as satisfying as seeing sawdust. His humor, his quiet strength, the twinkle in his eyes, his love and passion for good food and wine, and his remarkable independence will be missed by many.

A private graveside service will be held on June 12 in Ithaca, NY.
Read Less

Receive notifications about information and event scheduling for Walter

Print
A graveside service will be held privately in Ithaca, NY.

We encourage you to share your most beloved memories of Walter here, so that the family and other loved ones can always see it. You can upload cherished photographs, or share your favorite stories, and can even comment on those shared by others.

Posted May 08, 2021 at 11:46am
With loving memories of "Walter Wietgrefe", the trail blazer for his band of merry cross-country skiers, Joanne, Holly, Steve and Susie. What fun!

3 trees were planted in the memory of Walter Wietgrefe 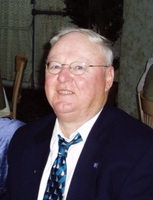