To share your memory on the wall of Dorothy LaPlante, sign in using one of the following options:

In 1982 she found her career as a Certified Home Health Aid for the former Auburn District Nursing Association. She loved caring for people as they aged in place and as the eyes and ears to the Nursing Staff she had always aspired to be. She retired as a care coordinator in 1998 to care for her mother and aunt in her home.

Dorothy moved to Augusta, ME, to be with her daughter and grandchildren in 2006. She enjoyed the chance to watch them grow and attend their school and sports functions. She was always ready for a game of Scrabble and enjoyed her morning paper and crossword puzzle with a cup of coffee. She found a connected community at John Marvin Towers in Augusta, where she participated in many volunteer events and formed lasting friendships during her almost 11 years there. When her dementia took over, she moved in with family.

Dorothy loved watching the birds, embraced the beauty of nature, and loved thunderstorms - especially the rainbows afterwards. There was no mistaking where you stood with Dorothy; her words were her truth without embellishment. She stood true to her belief in God and lived her life her way. Her sarcastic idiosyncrasies have been proudly passed down to the next generation and beyond.

Dorothy was predeceased by her parents, her older brother Charles M. King Jr., and her beloved pet Boxer dogs, Candy and Lord Von Brutus of North Oxford. She is survived by her daughter, Louise D. Allen of Augusta, ME, and her estranged son Peter J. LaPlante and his wife Sharon of Plainfield, CT; her brother Richard King of Shrewsbury, MA, and his significant other Carol; her sister Bonnie (King) Bosley and husband Robert of St. Albans, VT, her sister Marjorie (King) Carano and husband Frederick of Leland, NC; her sister Krystal (King) Donivan of Seattle, WA; her brother Keith King and fiancée Cathy of Vermontville, NY; her grandchildren, Eric Lundquist of Concord, NH; Christopher Lundquist of Augusta, ME; William Lundquist of Portland, ME; Matthew and Allison Allen of Augusta, ME; estranged granddaughter Ali LaPlante of Plainfield, CT; her great grandchildren, Sophia Lundquist of Augusta, ME, and Lovelle and Emerie Lundquist of Lewiston, ME; many nieces and nephews; and, longtime friend and former Home Health Aid Sue Robbins.

A special thank you to the hospital staff at the Alfond Center of Health (Maine General Medical Center) and Maine General Home Health and Hospice for their care throughout the past several years, and to Dr. Gene Cheng for always being just a phone call away.

A calling hour will be on Friday June 4, 2021 from 10:30-11:30 am at the Britton-Wallace Funeral Home, 91 Central Street, Auburn MA followed by a graveside service at 12 NOON in the Pine Grove Section of Hillside Cemetery, Auburn. In lieu of flowers, please make a donation to your local animal rescue shelter in her name or donate funds to a non-profit organization focused on the research of dementia.
Read Less

Receive notifications about information and event scheduling for Dorothy

Consider providing a gift of comfort for the family of Dorothy LaPlante by sending flowers.

We encourage you to share your most beloved memories of Dorothy here, so that the family and other loved ones can always see it. You can upload cherished photographs, or share your favorite stories, and can even comment on those shared by others.

Posted Jun 02, 2021 at 09:04am
Louise, I am so sorry for the loss of your mom. She was definitely a generous, giving woman as I remember her as our Blue Bird leader all those years ago. She certainly kept us all in line but taught us so much. My sincere thoughts and prayers are with you during this difficult time. May she now rest in peace and your memories of her stay with you always. Sincerely, Maureen (Brigham) Murray
Comment Share
Share via: 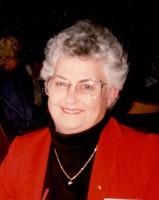